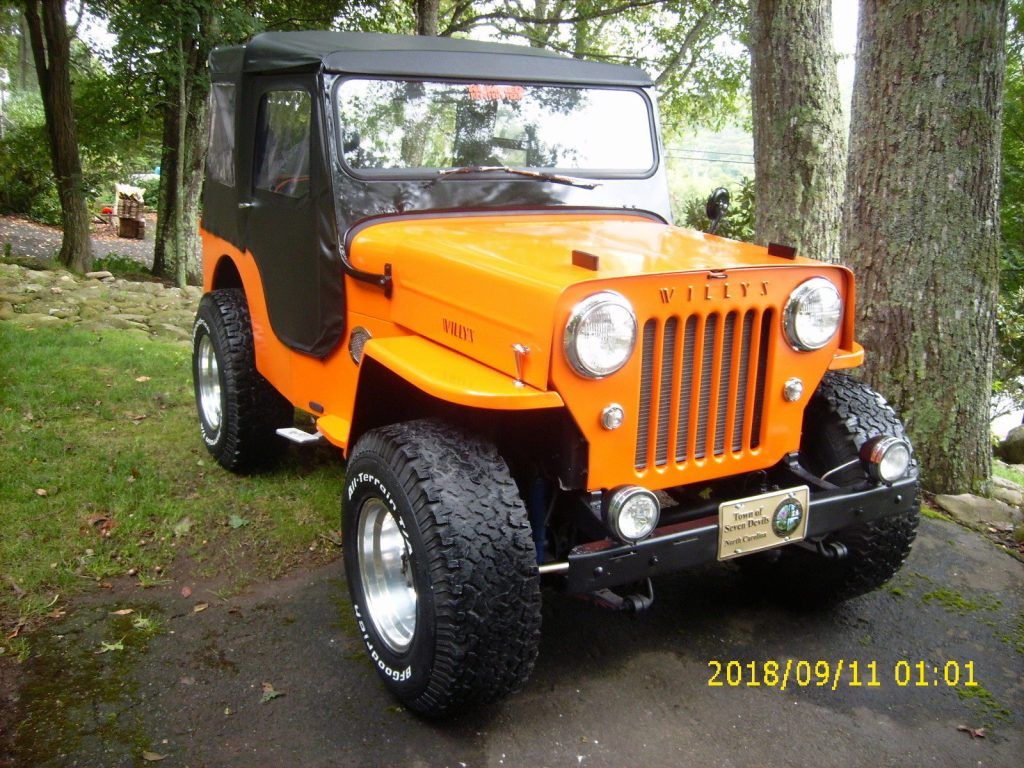 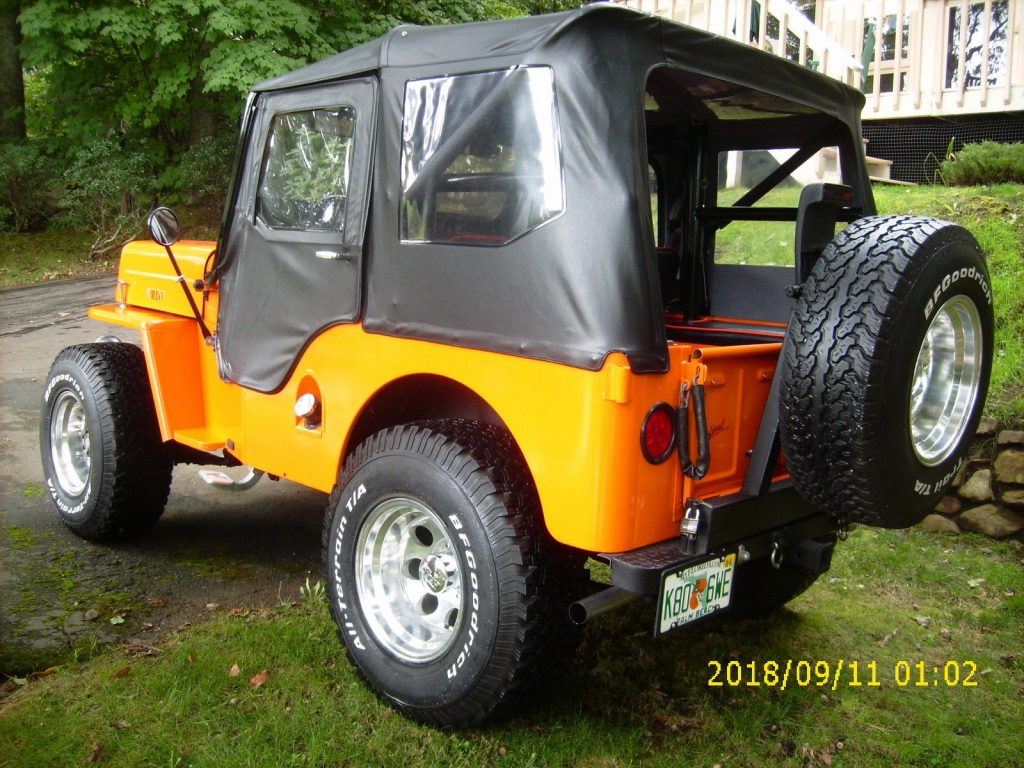 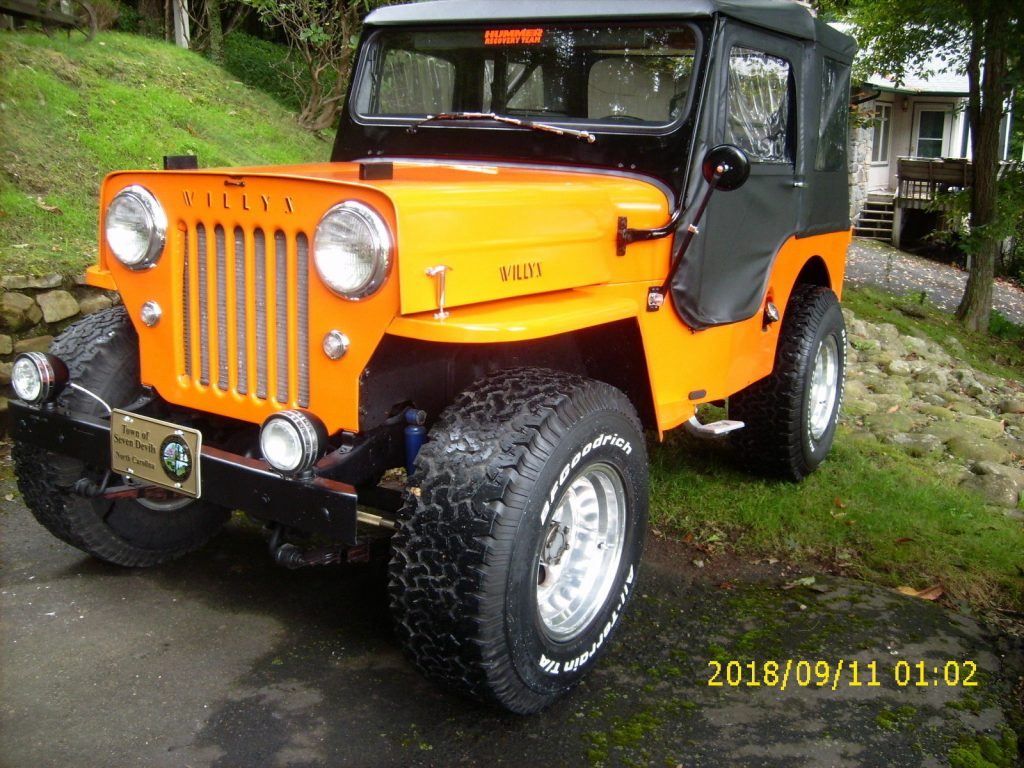 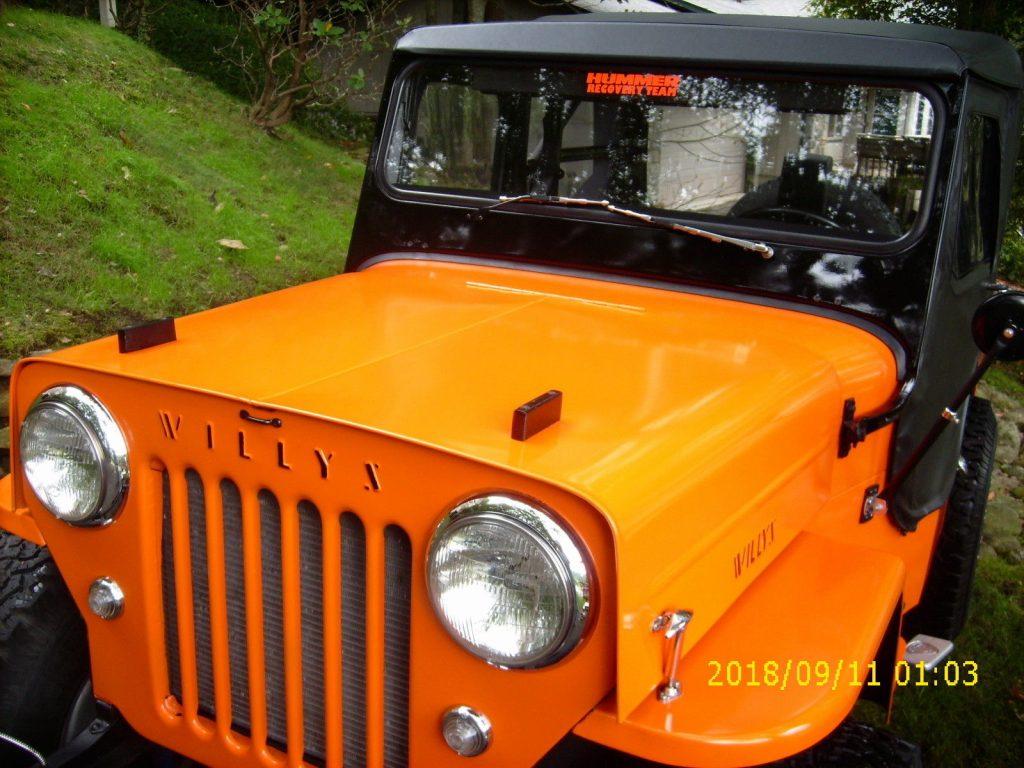 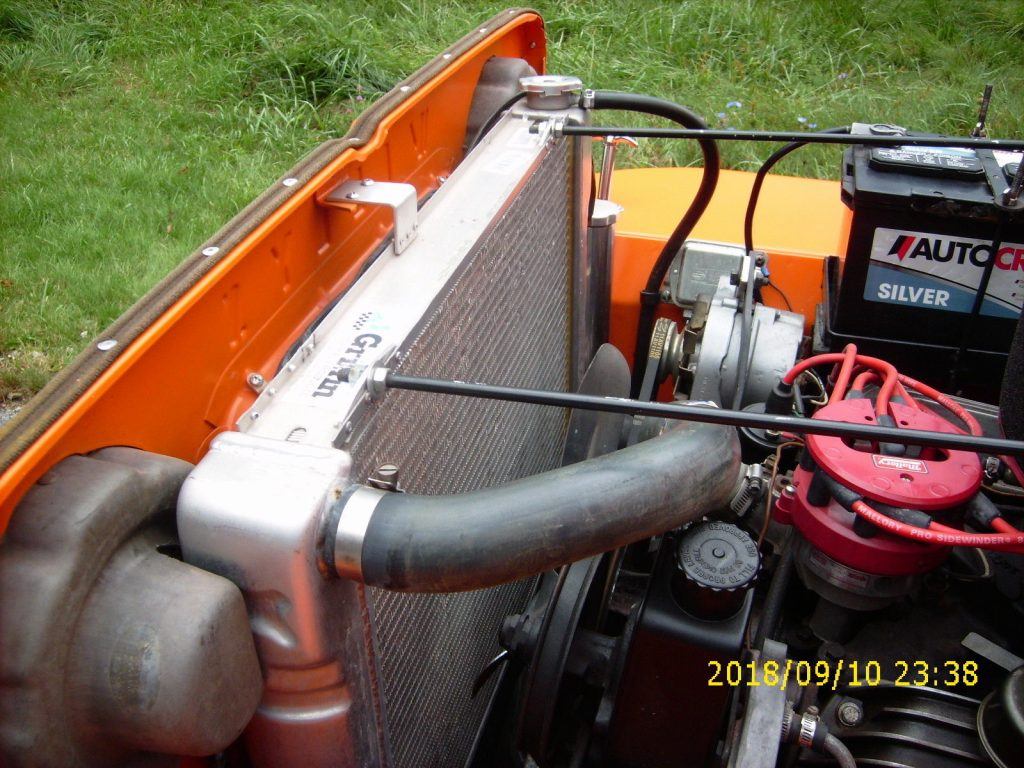 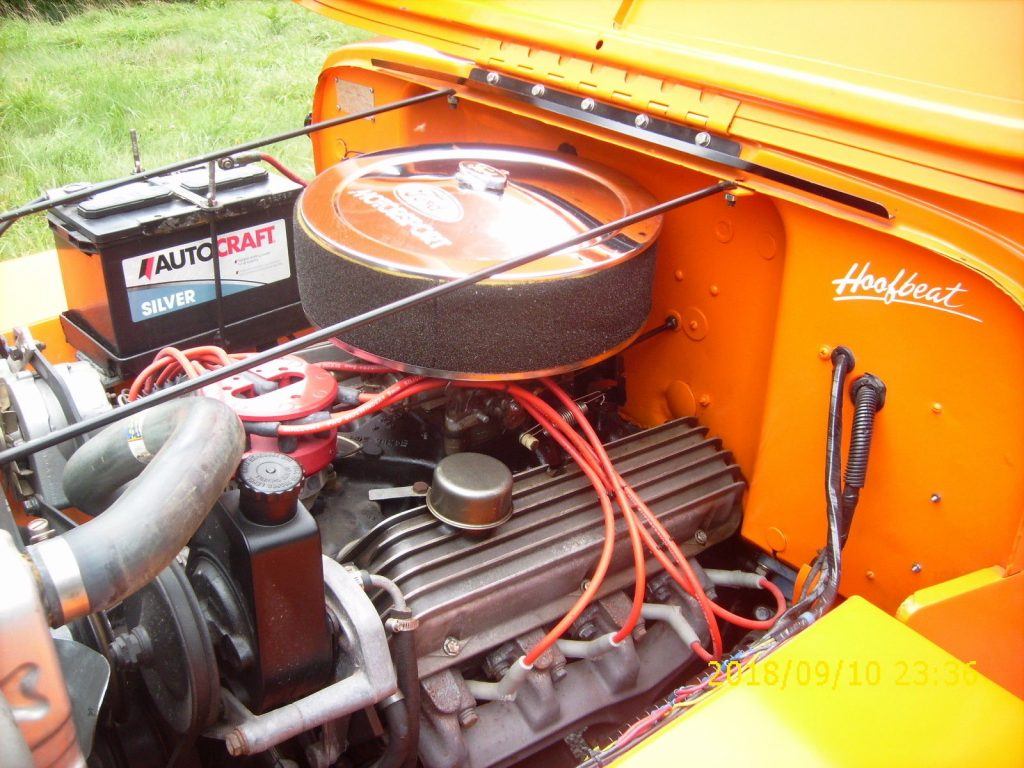 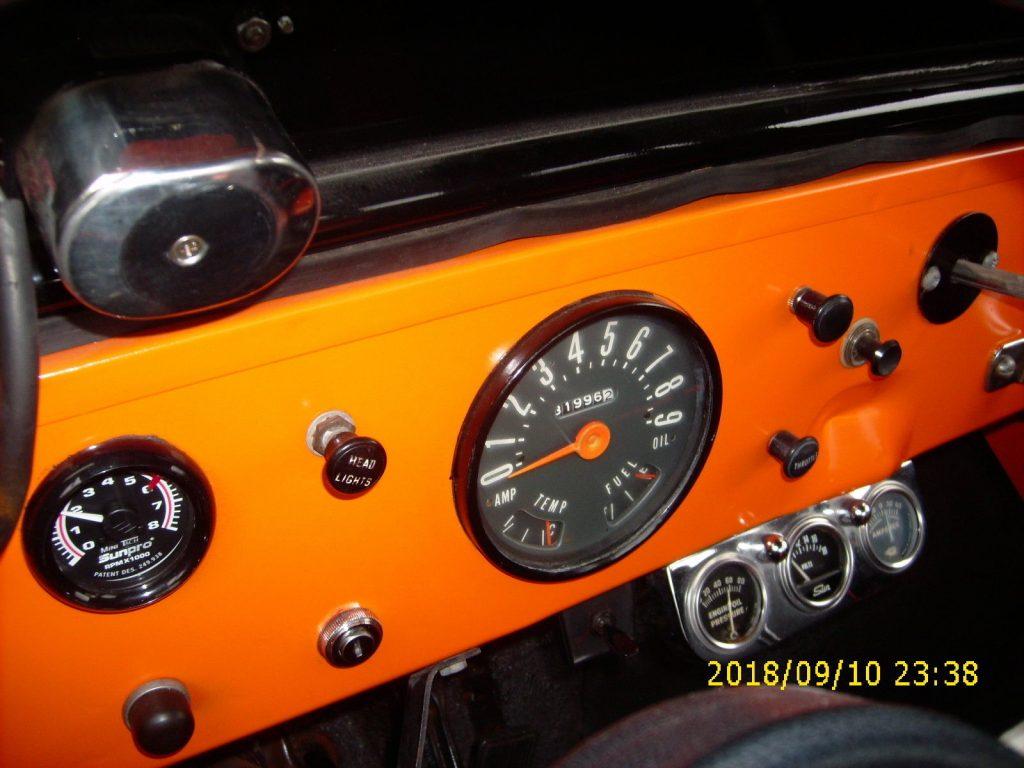 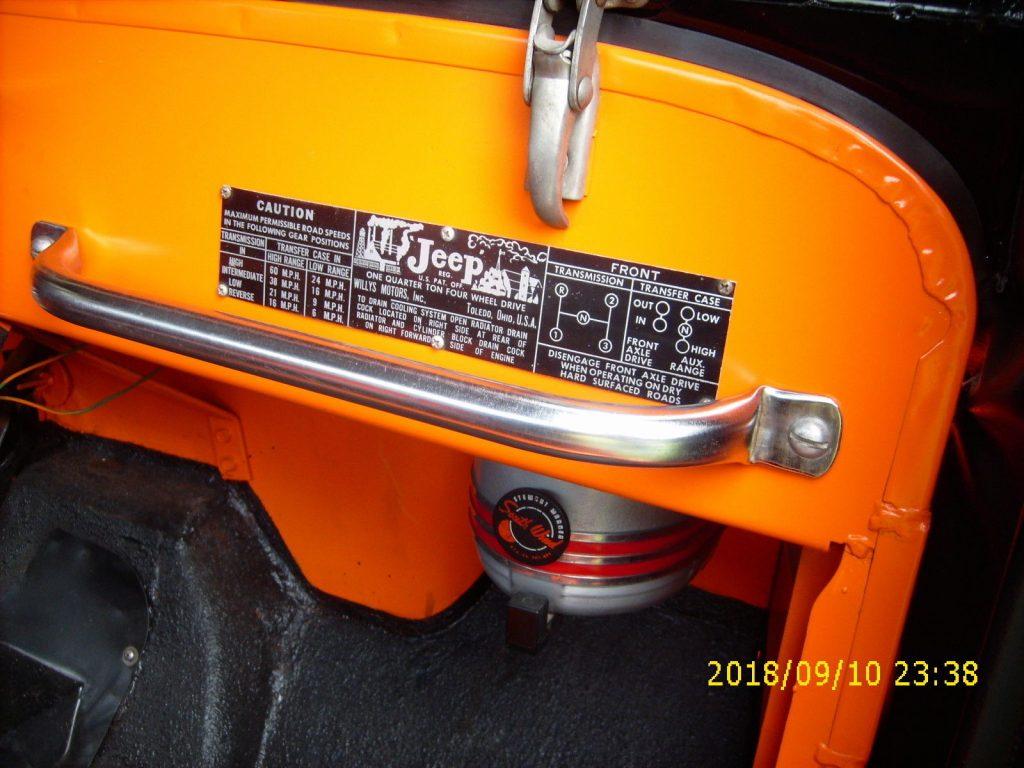 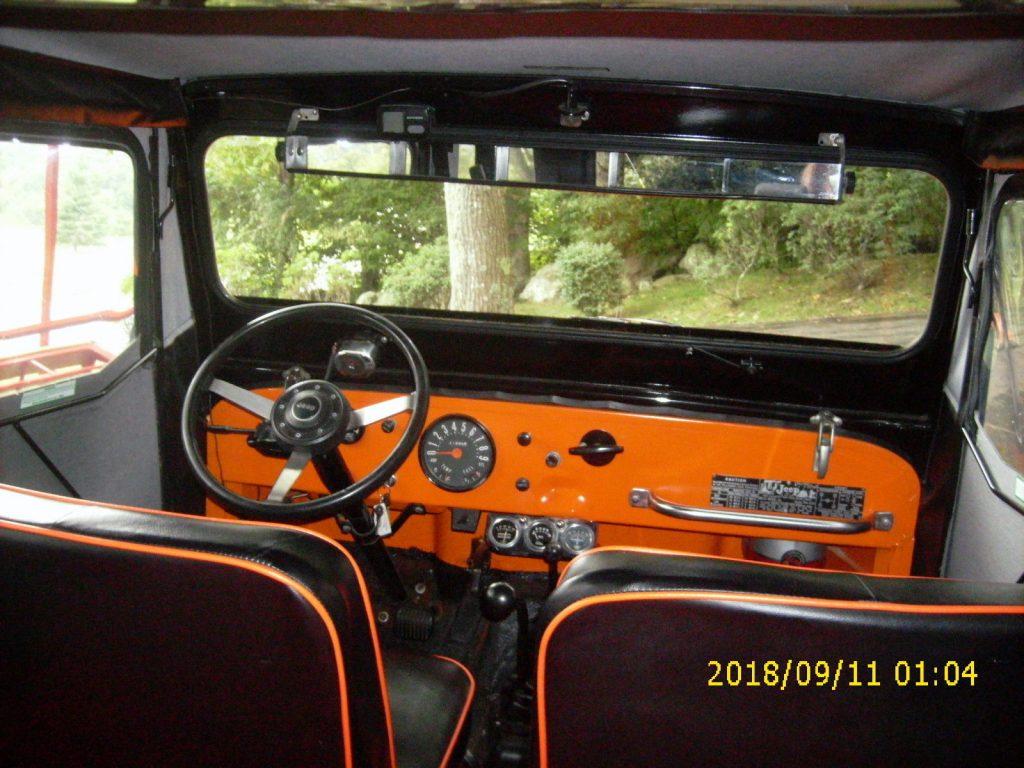 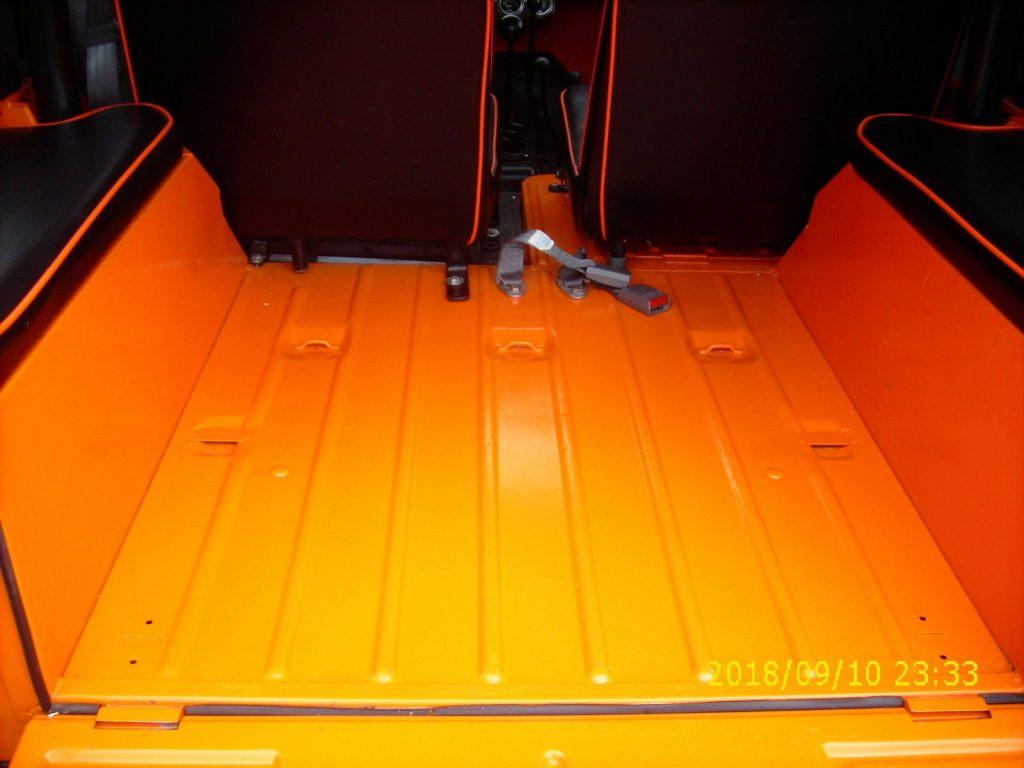 Jeep CJ 3B Willys I bought this from two ladies out in Las Vegas in about 2006. They would tow it out to the desert behind their Cadillac and then go prospecting for gold. I had it shipped down to South Florida where it was restored. It was 99% rust free. It had two spots about an inch square below the tail lights where a body mount had been welded on the inside at the factory. If they had used just a flat angle bracket it would have never rusted but they used a little angle bracket made out of a channel and it was perfect for holding sand and water. The other spot was behind the side mounted spare tire where they used a piece of oak to back up the mount. The three spots were cut out and new metal welded in. The body is about perfect and there is no signs it was ever even bumped. Where, when or why the 4 banger was swapped out for the 289, I don’t have a clue. The ladies told me it was out of a 65 Mustang. It runs excellent, no oil consumption, or smoke. The speedometer shows like 32,000 miles and who knows if that’s for real, but I don’t think it has a ton of miles on it, it still has the original T-3 headlights in it and it came with the original tail lights. I added power steering, a Southwind gasoline heater and disk brakes on the front. It came with the 538 gear setup, so I added a Warn overdrive unit which will bring it up to about a 411 setup. Highway speeds are not a problem. After the restoration was finished we drove it the 800 miles from South Florida to our mountain cabin outside of Boone, North Carolina and that is where she resides, 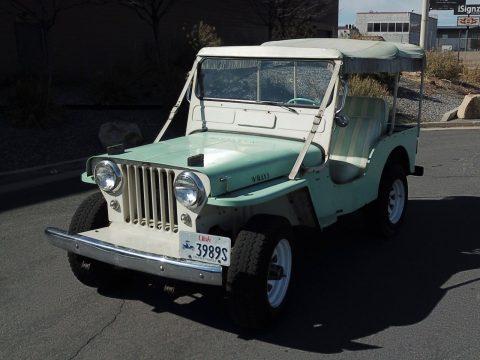 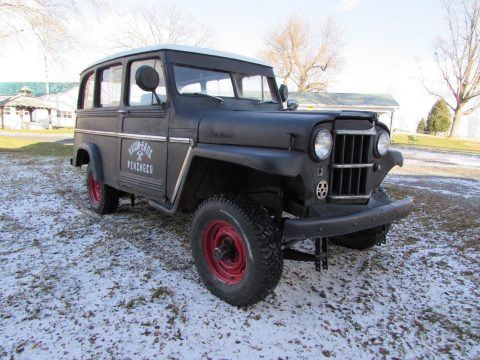 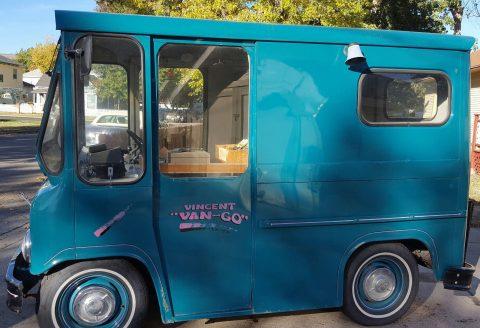