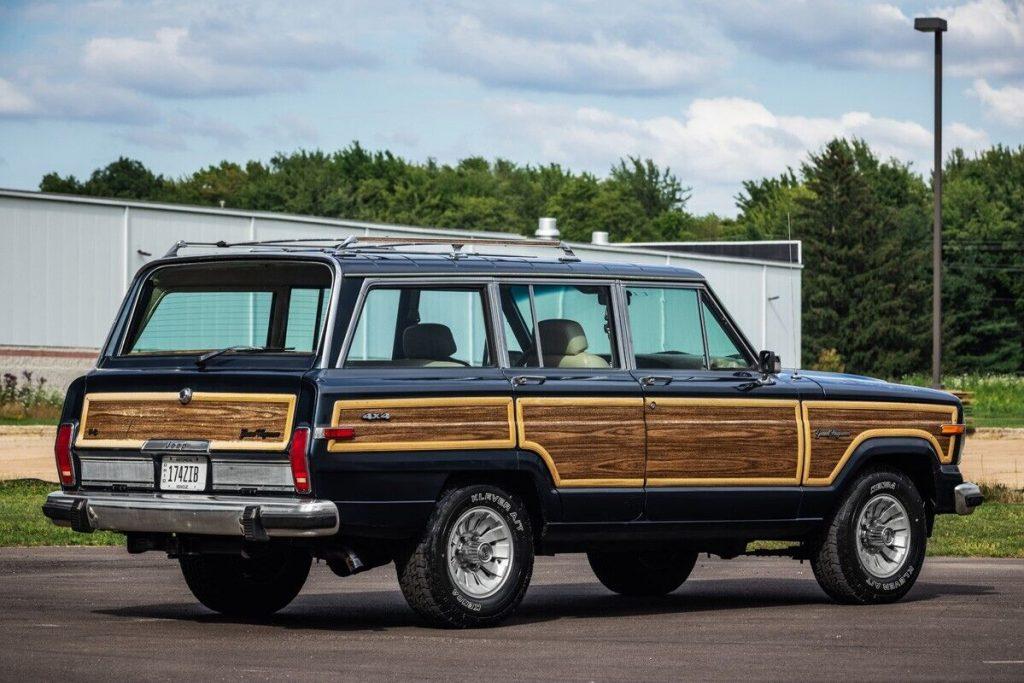 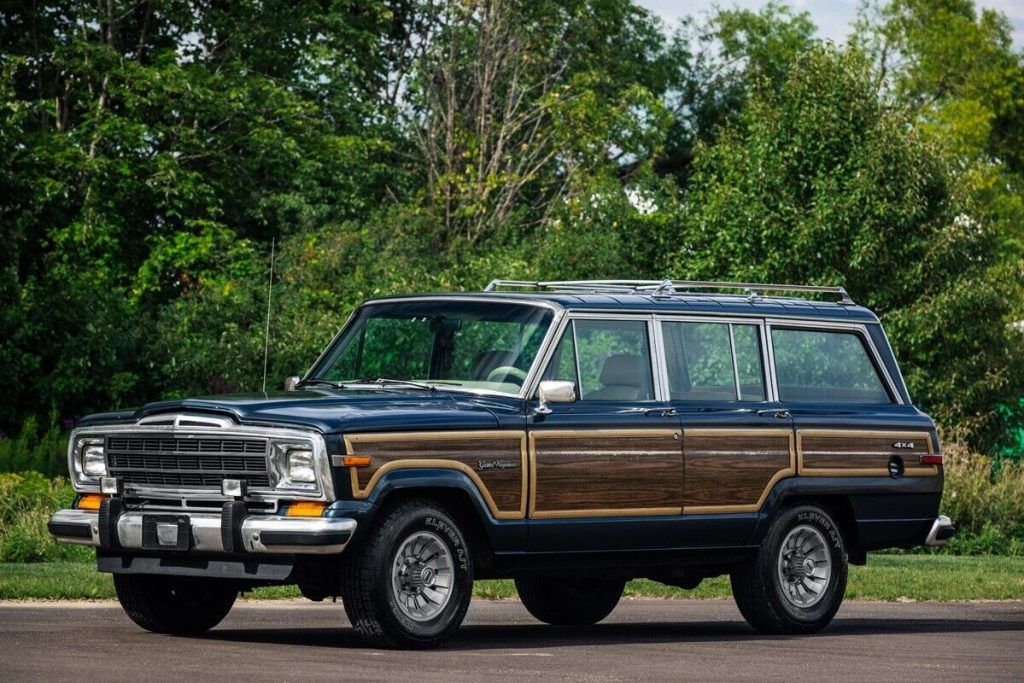 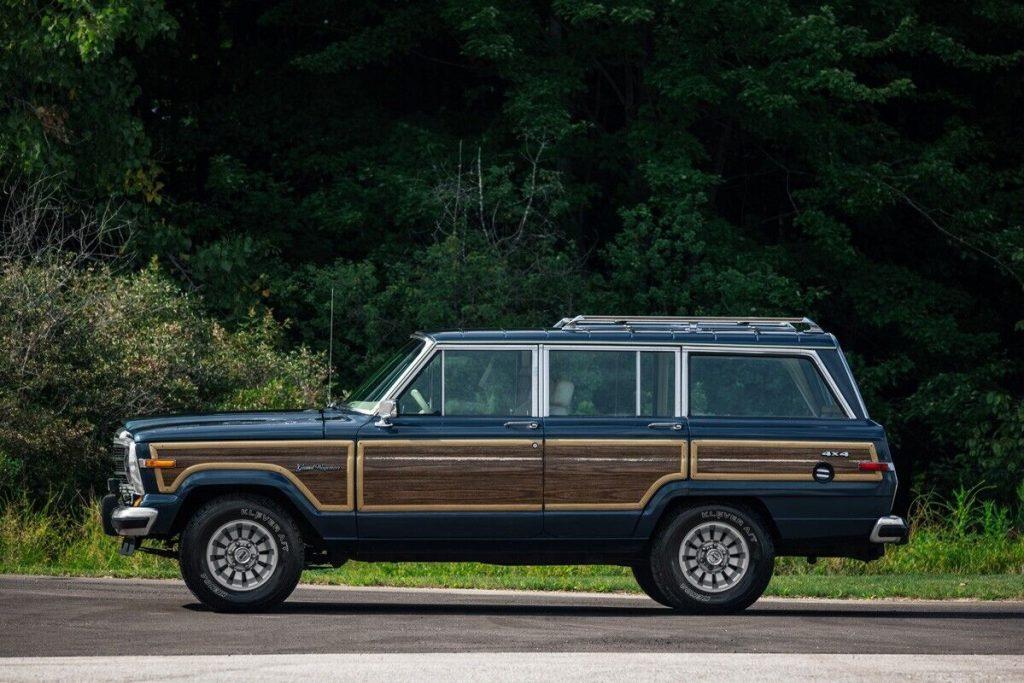 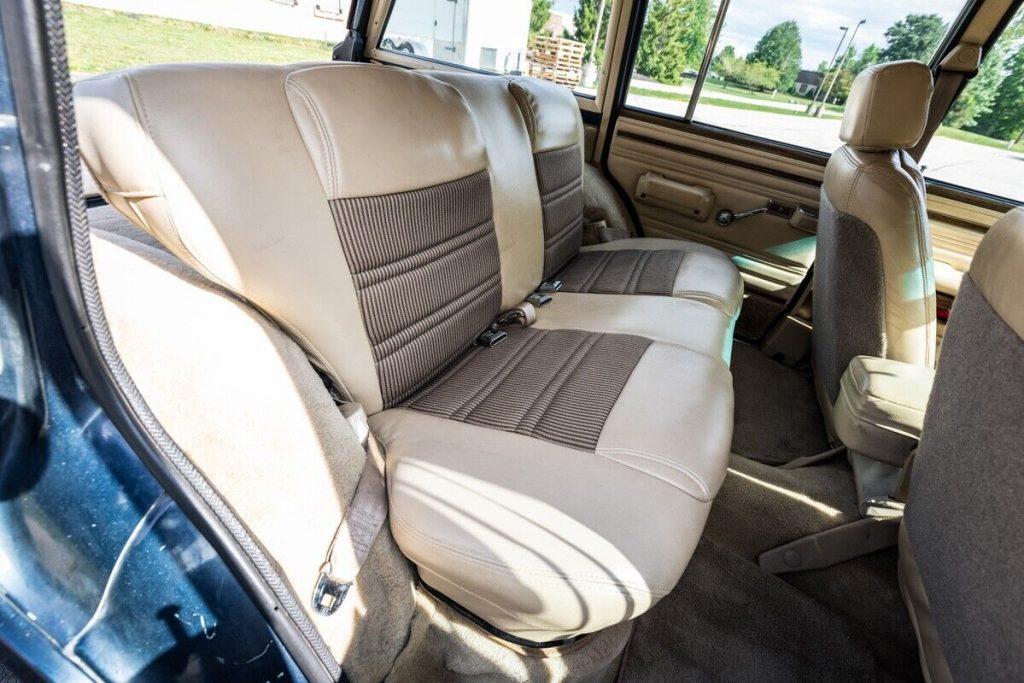 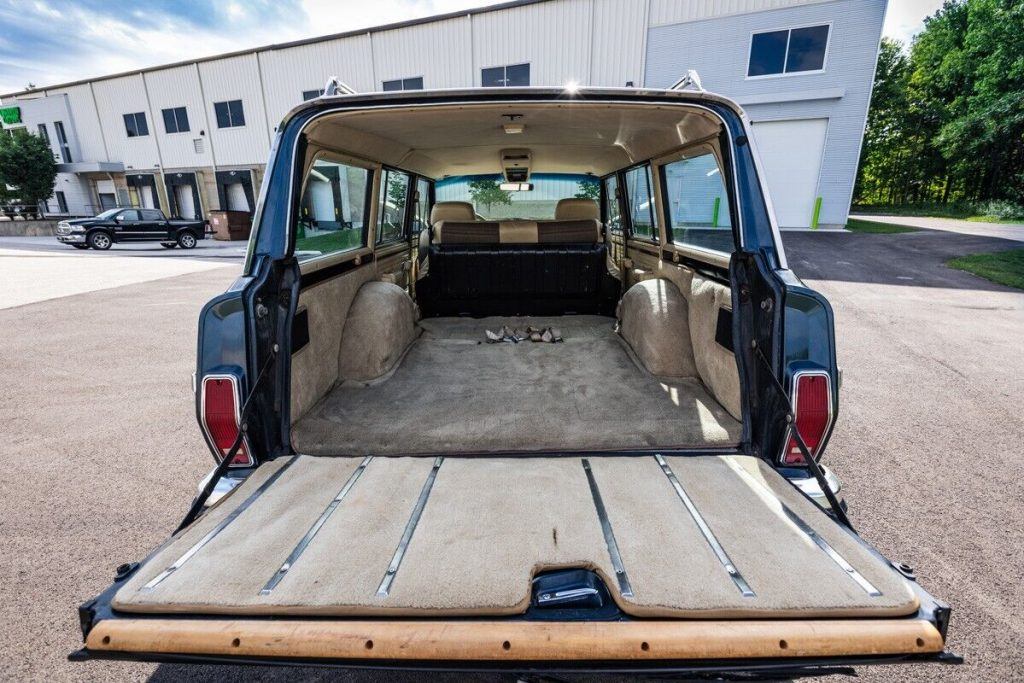 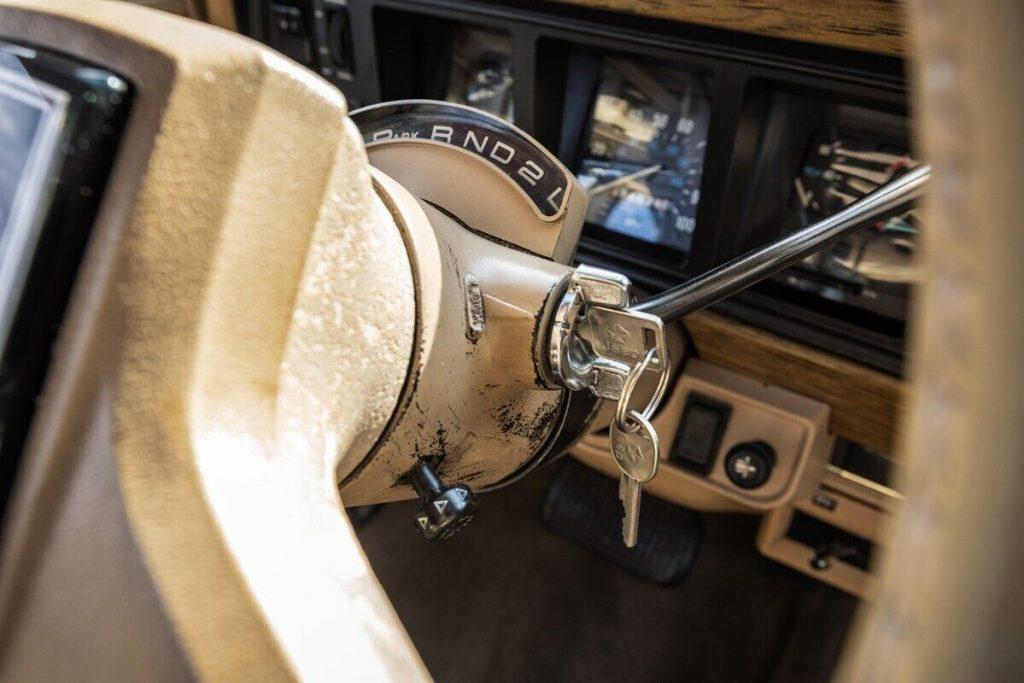 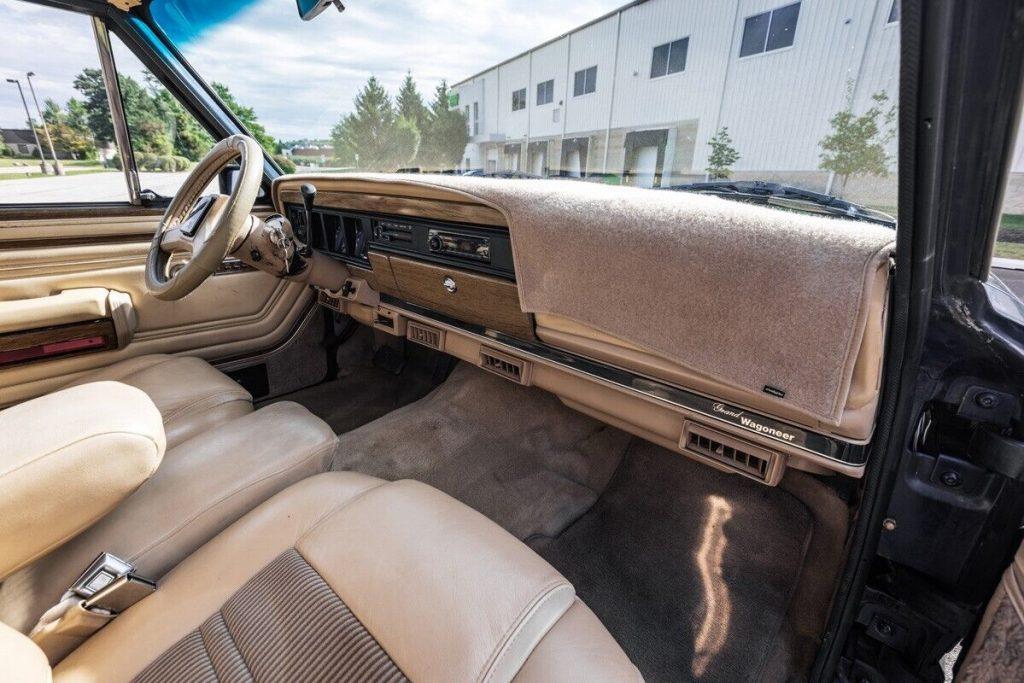 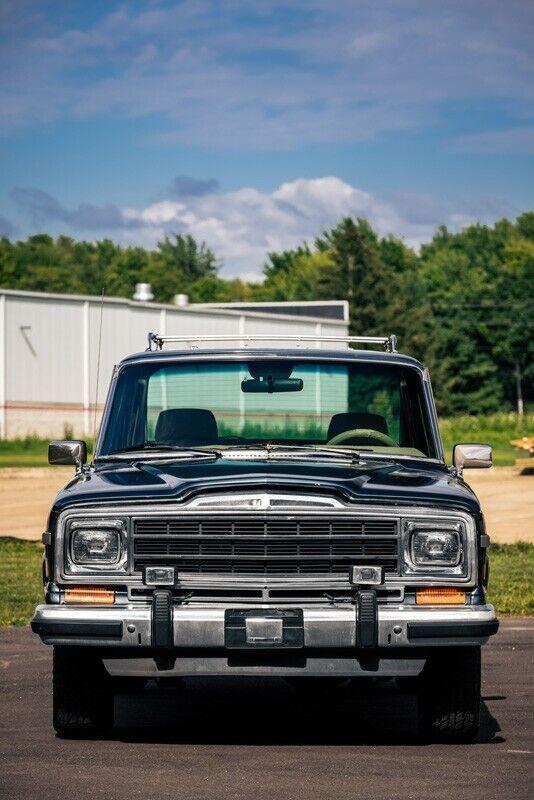 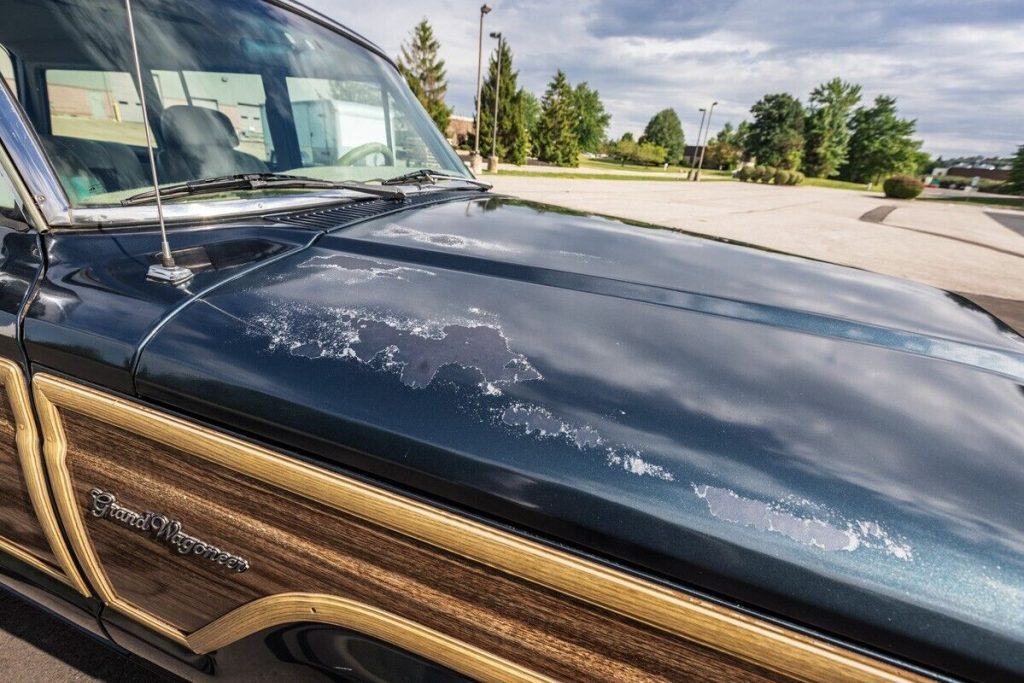 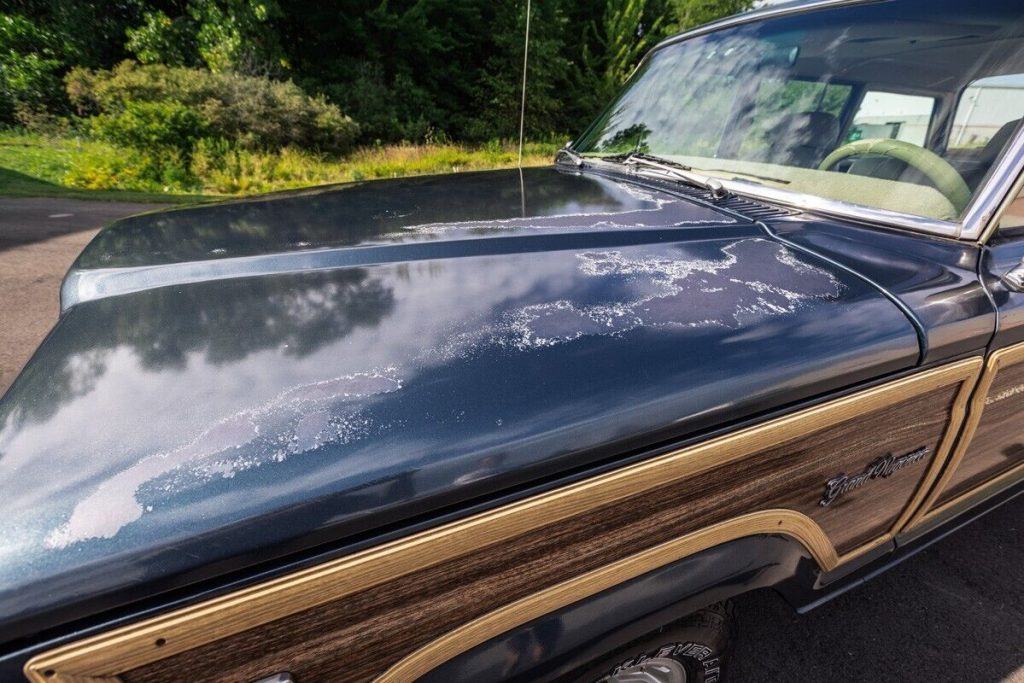 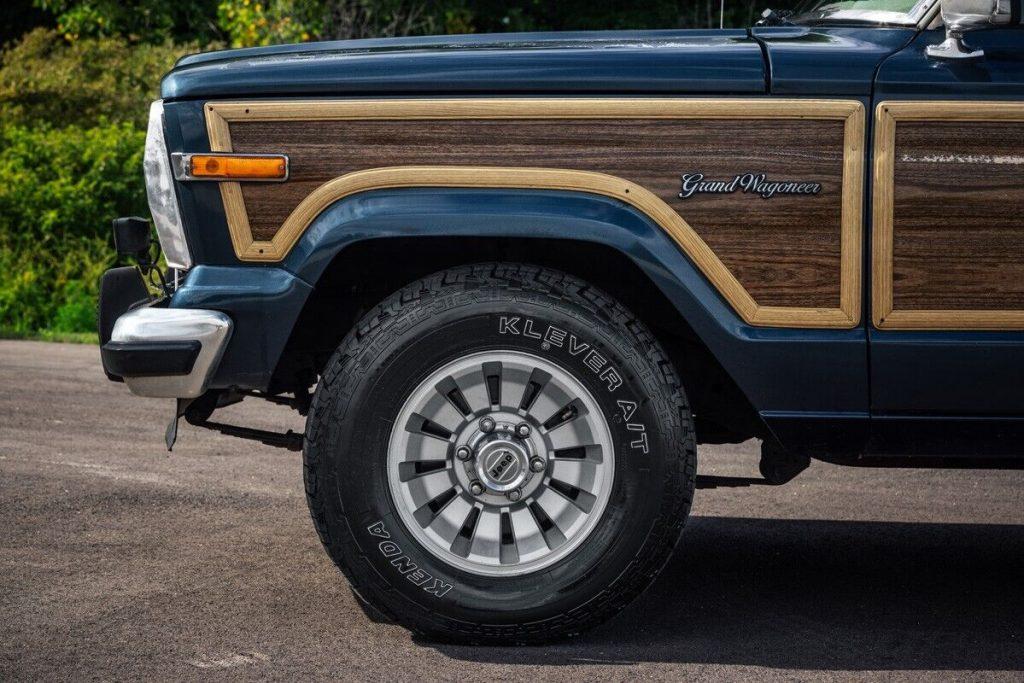 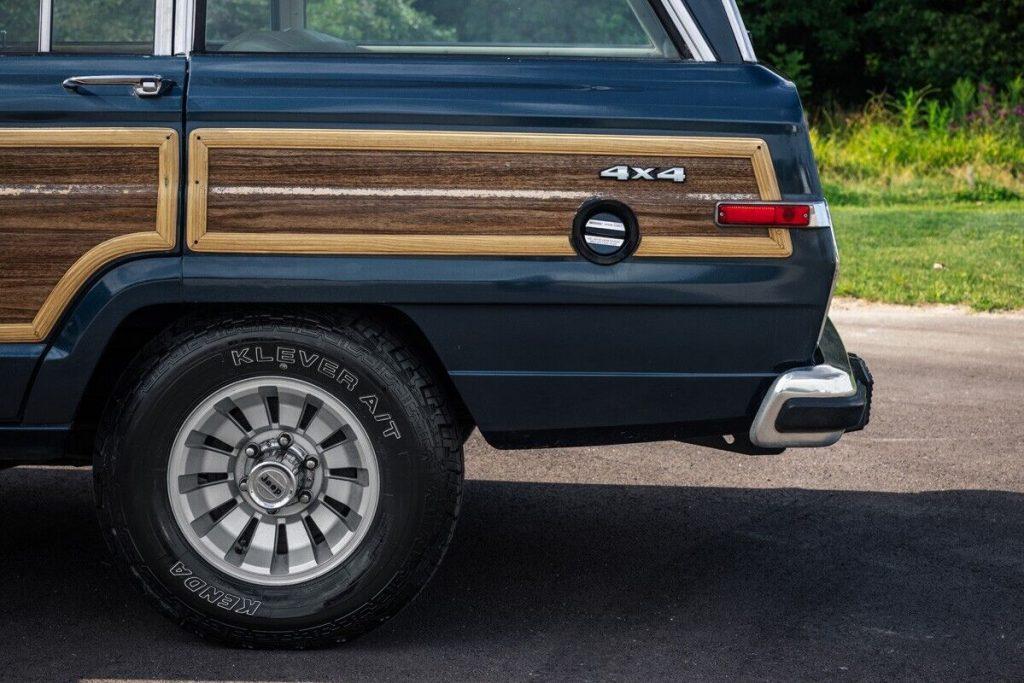 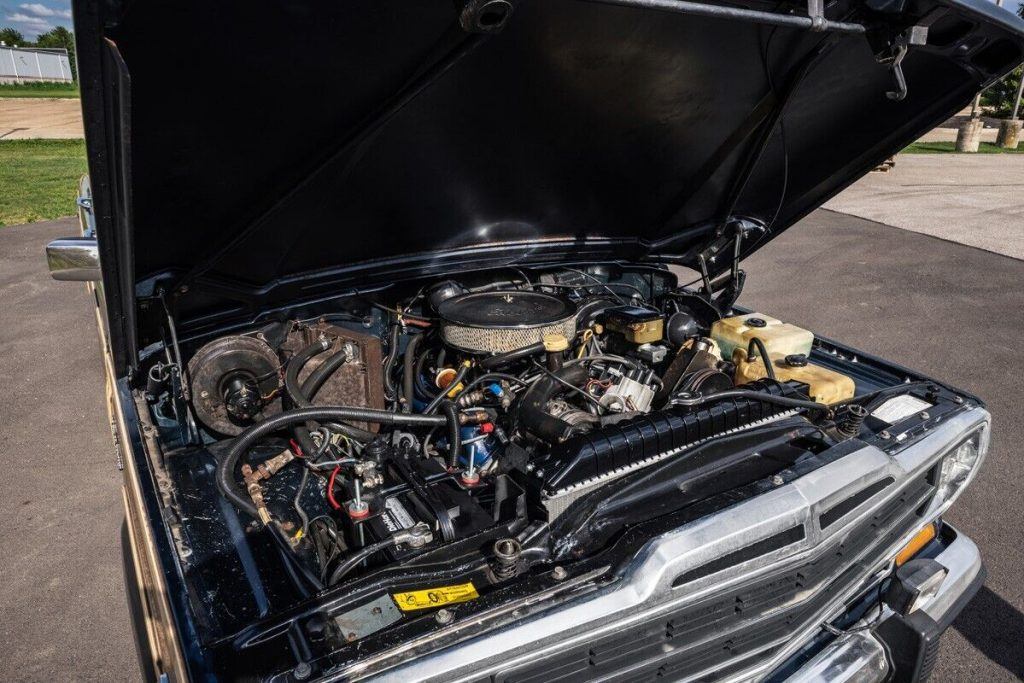 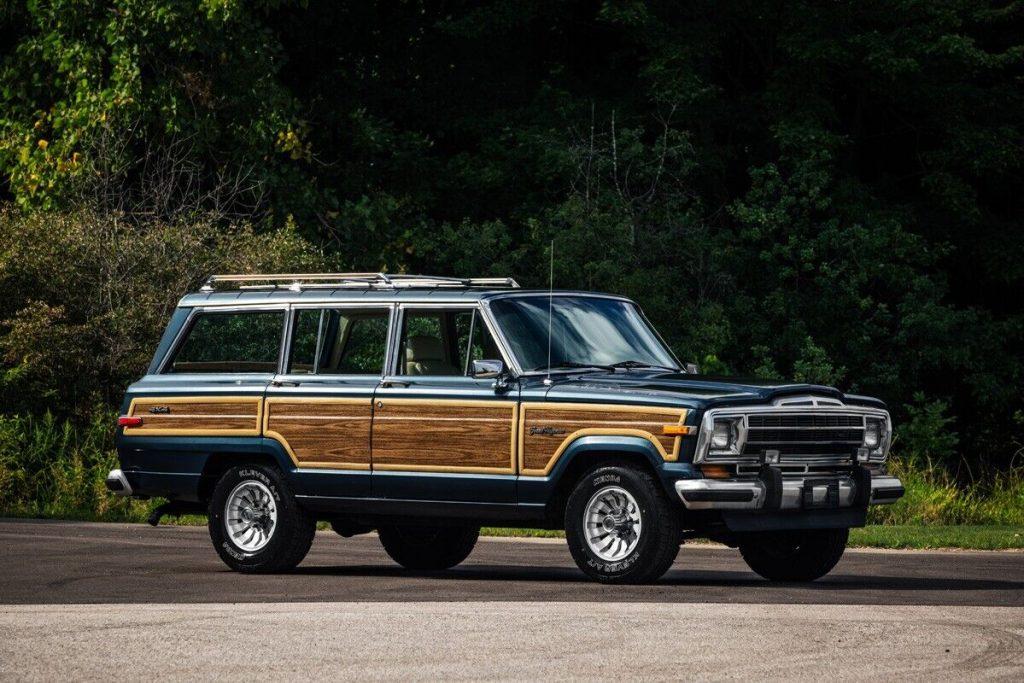 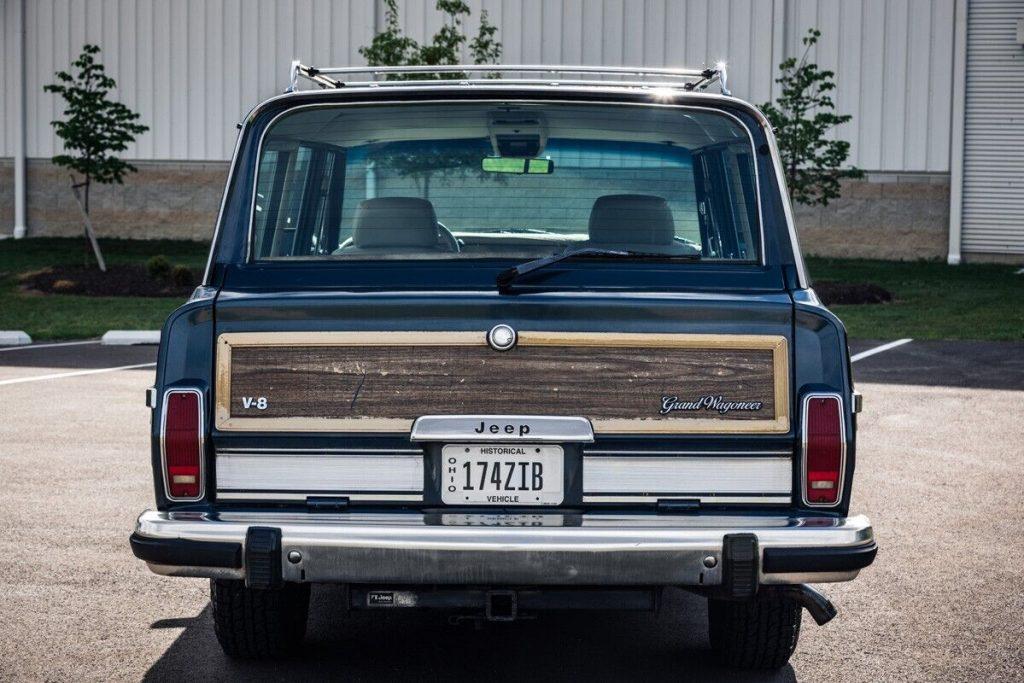 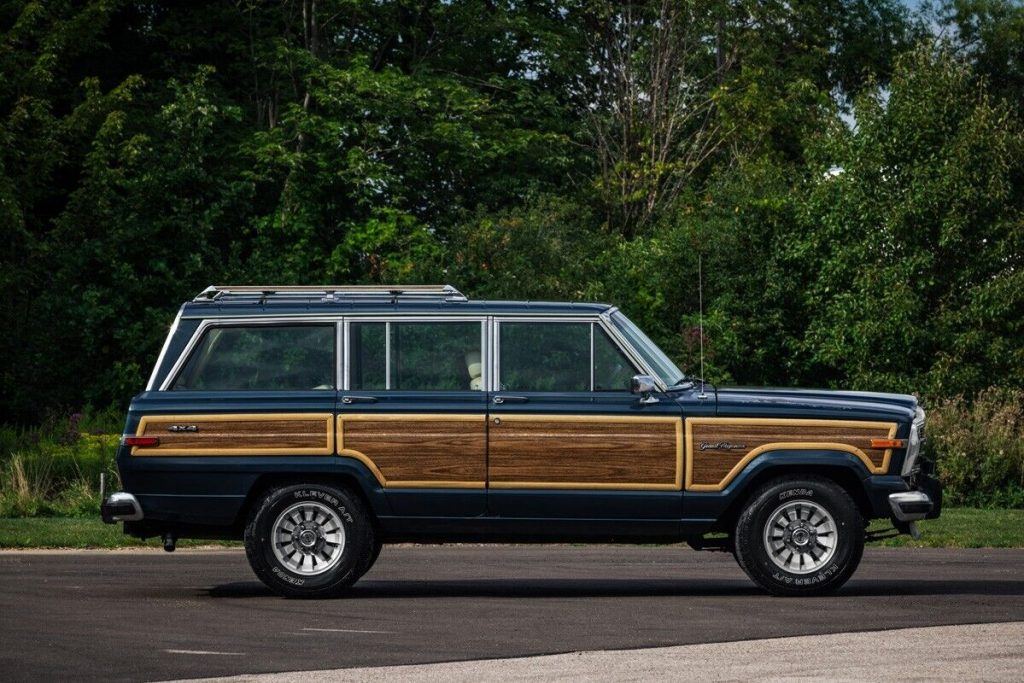 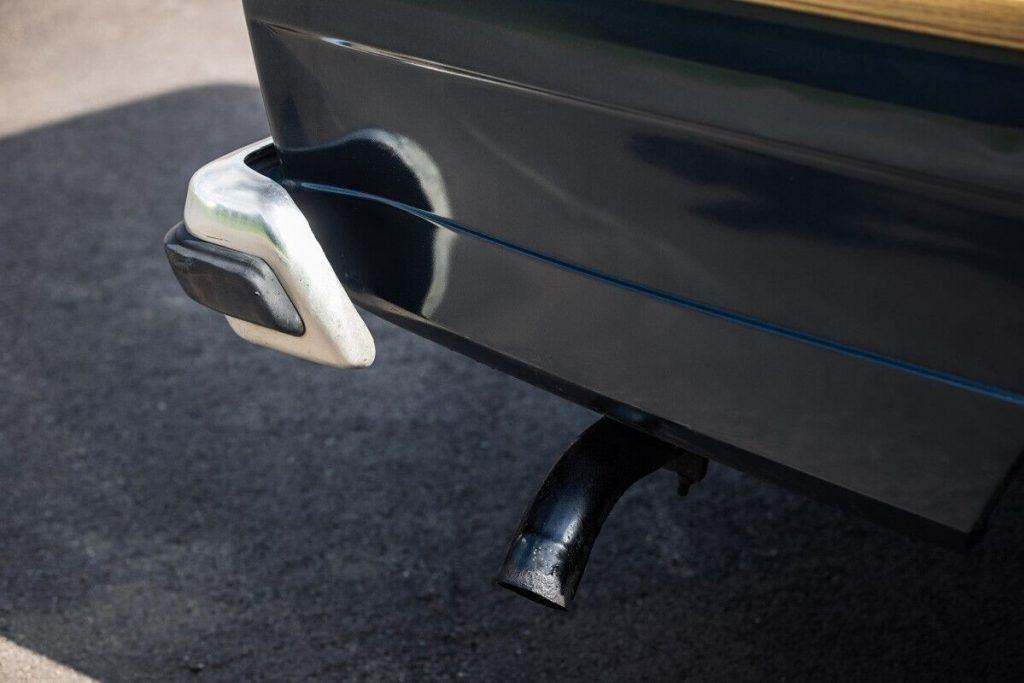 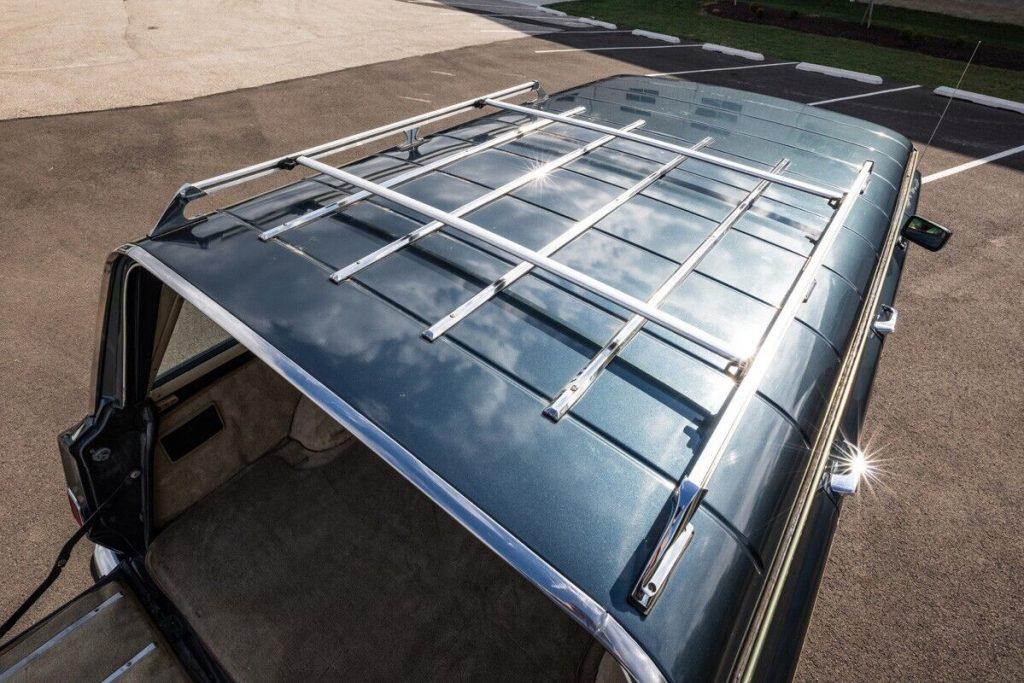 I have owned this Wagoneer for 3 years

It has been my daily driver for about 5 months, since the rebuilt engine was completed in April 2022.

The engine was replaced with a stock, rebuilt engine from Jasper about 3,400 miles ago, in April. Cost of rebuilt engine and, install etc was a bit over $7,000.

A real head turner, gets compliments everywhere I go, and people offer to buy it all the time!

I am selling this because I bought an older VW van to use with my family, camping.

This is not a restored or perfect vehicle, however, it looks and drives great. I had all the work done to it to make it a reliable daily driver, and it has performed great. This vehicle is good to go as is, or, you could put a bit of time and effort into fixing some of the small issues with it and really dial it in.

My aim in this listing is to give you all the facts, positives and negatives about this vehicle and give an honest representation. If you have any questions or would like to see any more specific photos, message me. Vehicle can be picked up in Akron, Ohio and driven away, or shipped. If you want to have it shipped, that is on you, I will of course meet the driver when they come to load it up, but arrangements otherwise are your responsibility.

I bought this Wagoneer locally about 3 years ago from a couple who purchased it from a family friend. This Wagoneer came out of North Carolina, their friend would drive it up to NE Ohio to visit regularly. The couple I bought it from had it is a fun vehicle, not a regular driver.

It has a salvage title due to a carburetor fire some time in the past. Apparently, the carb caught fire while it was up here in Ohio and the insurance company ‘totaled’ it, which is how it ended up being purchased by the couple who I bought it from. The hood is original paint and the underside looks fine, the carb fire couldn’t have been too bad. Instead of the stock carb it does have an aftermarket Edelbrock 4 barrel carburetor installed. So, aside from the title being a salvage title, there doesn’t appear to be a downside to the carburetor fire.

In September 2020 I had the radiator replaced, all hoses, starter, fuel pump, alternator and all belts. The rebuilt Jasper engine was finished in April 2022, and this vehicle has been my daily driver since. I have all the paperwork and documentation from the Jasper engine and install, the cost was a bit over $7,000. Mileage on the chassis at time of rebuild was 170,700, just around 3,500 miles ago. I haven’t driven this vehicle in the winter here because the roads are salted.

Current mileage is around 174,084. This vehicle is original paint. It has some patina to it, some worn spots in the paint, some small nicks and such to be expected of a 33 year old vehicle. The interior is in good shape, the seats are really nice and in great shape and appear to be original. Power front seats work as they should. The headliner was redone before I bought it and it is ok, not great, but looks fine. The dash was covered before I bought it as well and isn’t very nice, should be redone. It is ok but I put the carpet dash mat on to cover it. Prior owner installed a modern radio with cd player, which works, though the stock trim is a tight fit and pops off sometimes.

Power windows all work and I use them regularly. The rear door driver and passenger side windows are slow to roll up but not so slow it is an issue. The rear power window works great. The blower works, but the air conditioner isn’t cold. I had it recharged but it eventually leaked the coolant out. The heater core seems to be plugged as it doesn’t blow hot, though I didn’t worry about it since I only drive this in warmer weather. The rear windshield wiper doesn’t work, it is disconnected, I would imagine there was a short or something draining the battery and a prior owner disconnected it. The rear tailgate latches on one side, the other doesn’t latch as a spring clip popped off and I haven’t bothered to remove the tail gate panel and fix it.

I purchased all of the Covercraft floor mats in September of 2020. This includes front mats, rear mats, and a cargo area mat. The rear seat flips forward easily and allows lots of storage in the rear, easy to haul decent size cargo. This vehicle has the Jeep factory hitch installed, ready to tow. Front fog lights are hooked up and work well. 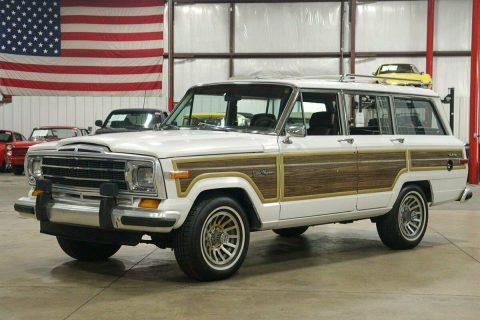 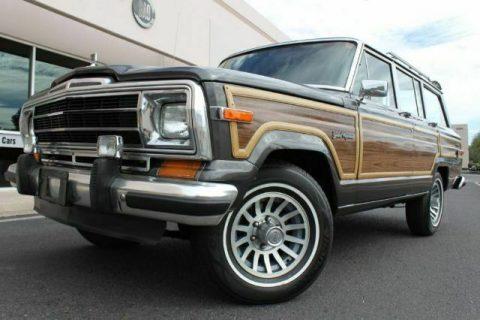 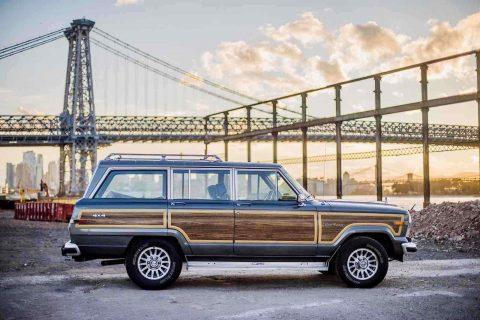